Panama is a land of sport fishing lore – huge blue and black marlin, acres-wide boils of feeding yellow-fin tuna, and roosterfish and cubera snapper that strike so hard they give you goosebumps. Even the name ‘Panama’ means ‘an abundance of fish’ in a local indigenous language. Below you’ll find our best Panama fishing packages to give you an idea of what types of fishing vacations we offer and the options you have. All of our Panama fishing packages are customized and private, so once you inquire with us we will work with you personally to create the perfect fishing vacation for you based on your group, your budget, and the fishing experience you are after. Trust our decades of local expertise and see why nearly 40% of our anglers are repeat & referral guests!

Panama is the tiny isthmus that forms the ‘Bridge of the Americas‘ connecting North America to South America. It’s “bottleneck” geography between the two continents has blessed Panama with a rich culture, amazing wildlife, and of course world class sport fishing. Panama is home to two 1,000 mile long coastlines on two different oceans, hundreds of islands, giant mangrove and estuary systems, and world famous offshore hot spots like the Hannibal Bank, Zane Grey Reef, Isla Montuosa, and the Tuna Coast. Whether you are a seasoned angler or a novice, we will gladly custom design the perfect Panama fishing package for you. From big game offshore fishing to jigging & popping for 30+ inshore species to freshwater fishing on the Panama Canal, Panama truly is an anglers dream.

It starts with incredible sport fishing on the Pacific, which is what has made Panama a top fishing destination for anglers around the world. The Tropic Star Lodge put Panama on the map decades ago by breaking 300 world records from their dock in Piñas Bay, and since then Panama has become synonymous with big marlin. Today there are several luxury fishing lodges in Panama spread throughout the Azuero Peninsula and the Gulf of Chiriqui. While it may have been the Zane Grey Reef in Piñas Bay that made Panama a known quantity, today hot spots in Western Panama like the Hannibal Bank, Isla Montuosa, and Coiba Island are just as well known. Tuna fishing in Panama is always in high demand as it’s one of the best yellow-fin tuna bites in the world. Few places consistently offer you the opportunity to cruise up to an acres-wide boil of tuna and chuck topwater lures into the fray like Panama. In addition to the huge black & blue marlin and tuna frenzies, offshore fishing in Panama also offers large Pacific sailfish, big mature adult dorado (mahi), and wahoo. 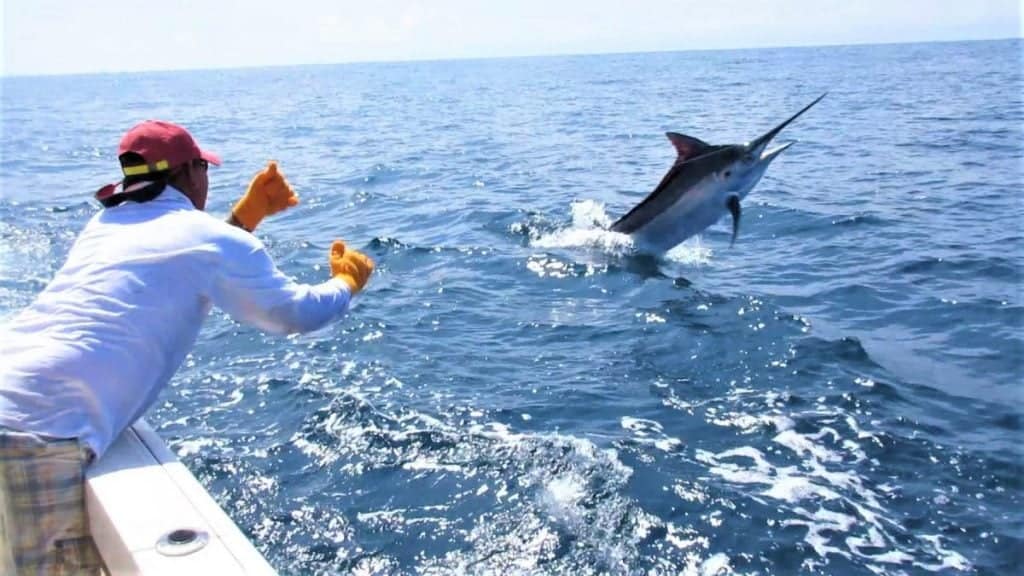 Big marlin and tuna may have made Panama a household name decades ago, but today the inshore fishing in Panama is just as popular. On our Pacific Coast we can catch over 30 species of fish including three kinds of jacks, mackerel, grouper, several species of snapper, sea bass, snook, African pompano, sharks, and of course everyone’s favorite – roosterfish and cubera snapper. The inshore fishing is so consistently productive, we offer several inshore-only fishing packages and there are even lodges that 100% dedicate themselves to ‘lures only’ fishing and don’t even offer offshore trolling. If you love doing battle with big fish but have no interest in long runs to the offshore fishing grounds to troll all day, then inshore fishing in Panama may be the right trip for you. Whether it’s slow trolling live bait, casting poppers and stick baits towards the rocks, or jigging you are sure to spend much of your trip with a bent rod. 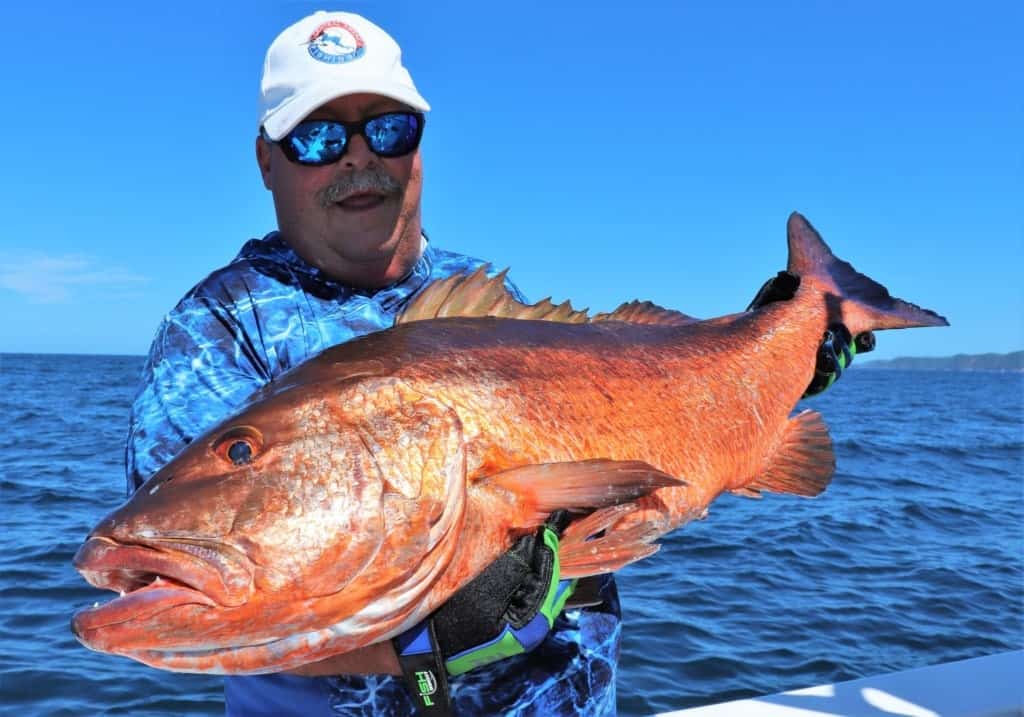 Over on Panama’s Caribbean Coast we also offer tarpon and snook fishing. While not as abundant or consistent as Costa Rica to the north, the river mouths and mangroves near the popular archipelago of Bocas del Toro can offer up some quality fishing in season. In addition to tarpon and snook, you can also find jacks, mackerel, and barracuda inside the reef. 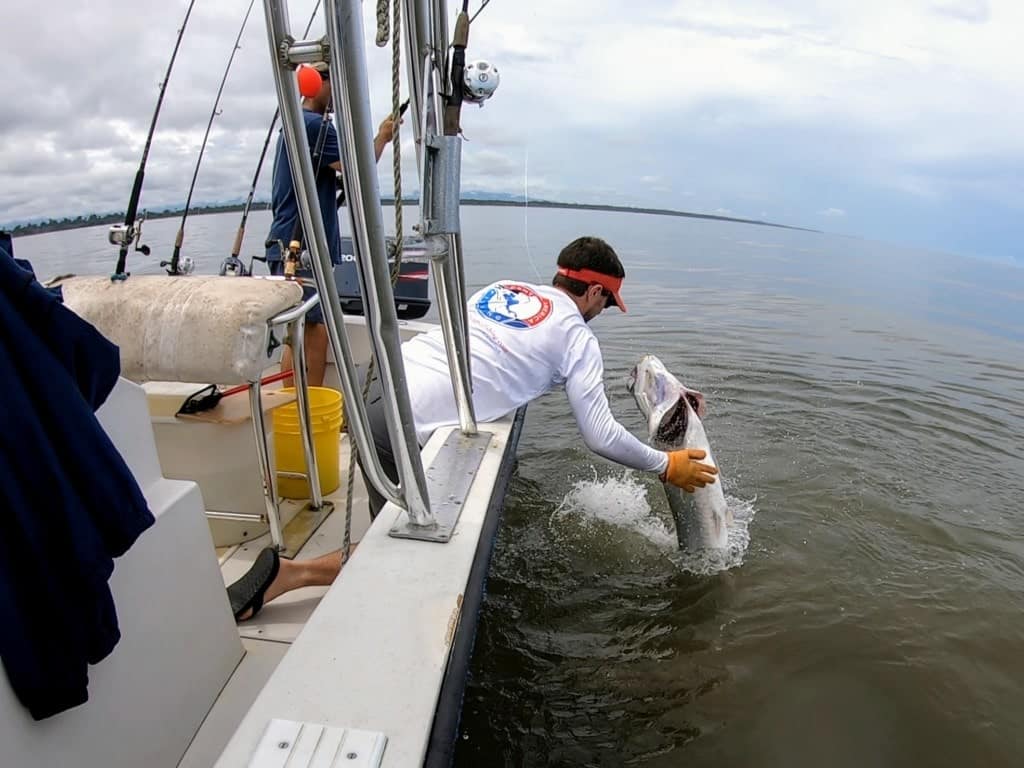 Last but not least, can enjoy freshwater fishing on one of the most exotic and well-known waterways in the world – the Panama Canal itself.  A century ago, the Chagres River was dammed and formed Lake Gatun, which is a crucial part of the 50-mile wide Panama Canal. The main target species here is peacock bass, which is not native to these waters but was introduced in the 50s or 60s and has since flourished. In Panama, the peacock bass don’t reach the size of their South American relatives but 5 lb – 8 lb fish can still get caught with regularity. The Panama Canal is a fascinating place to fish because sometimes you truly never know what is on the other end of your line. Each boat that transits the canal requires roughly 52 million gallons of water, so along with that comes coastal species that were never meant to be found in freshwater lakes and rivers. We catch snook on a regular basis, and although much rarer it is a known fact that there are tarpon in the Panama Canal as well. A few years ago we started seeing more jack crevalle, so in addition to light tackle freshwater species you can also run into some hard charging inshore species. 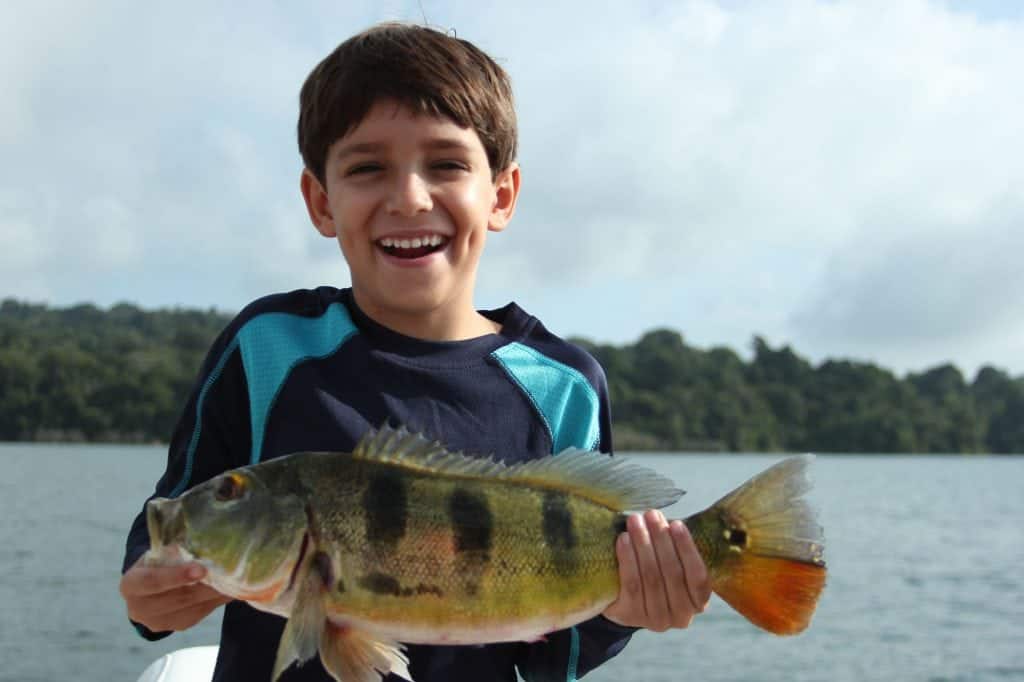 When is the Best Time to Fish in Panama?

Knowing when to visit Panama is as important as where you fish. In addition to seasonal patterns of the game fish, Panama has two main weather seasons and multiple different microclimates. Panama runs from east to west and is nearly 500 miles long, so the weather patterns and fishing seasons in the Gulf of Chiriqui in the far west varies greatly from Piñas Bay in the far east. In addition to that, the Caribbean Coast follows completely different weather seasons than the Pacific Coast. Below is a Panama fishing calendar to give you a better idea of locations and seasons, but keep in mind this is not exact science but rather a general overview of historical patterns. 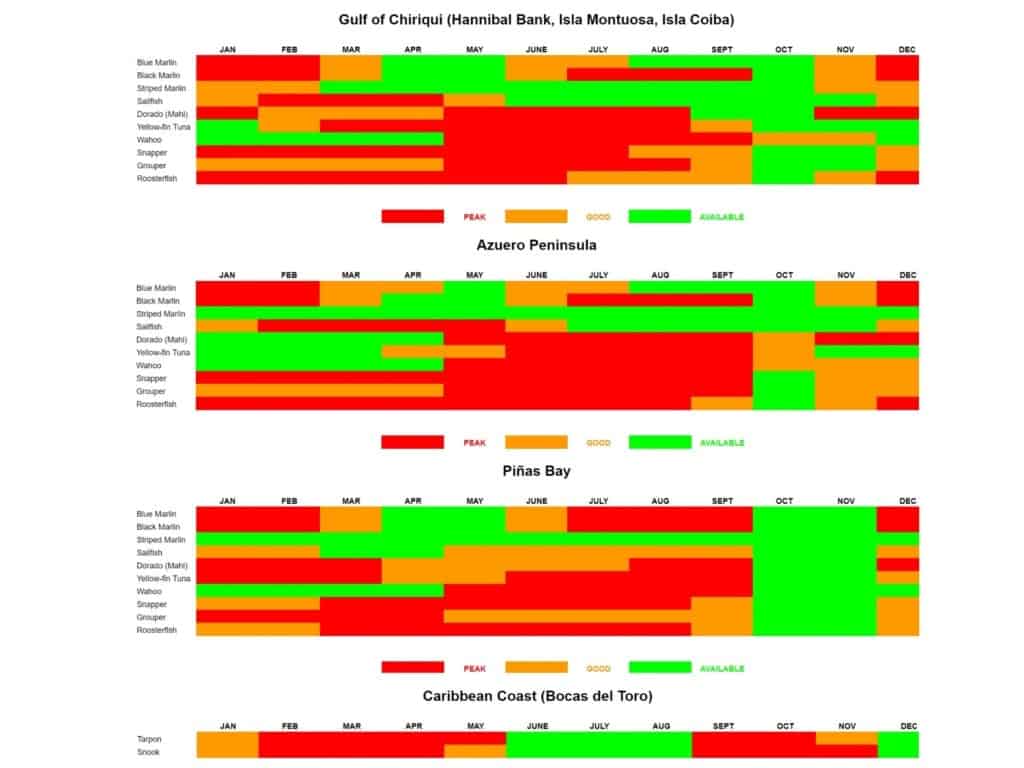 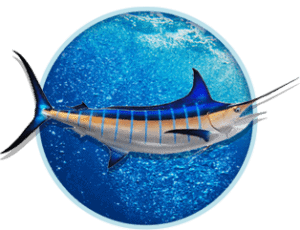 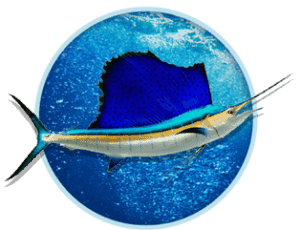 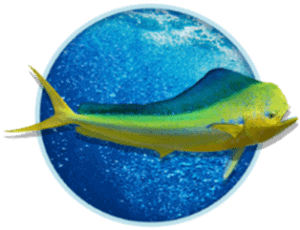 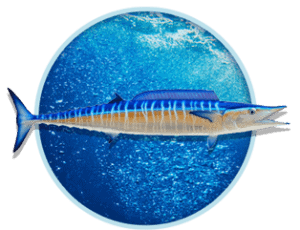 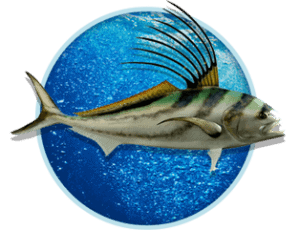 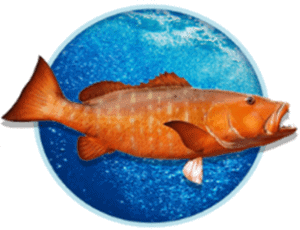 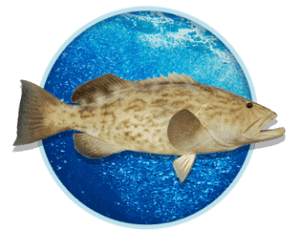 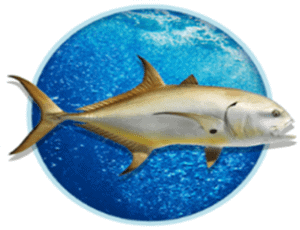 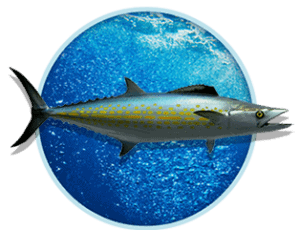 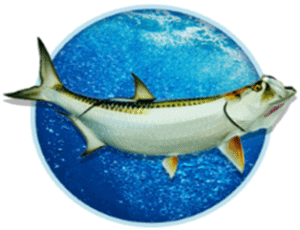 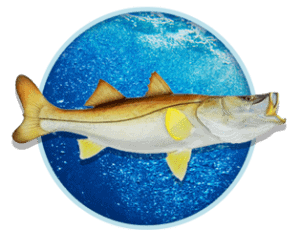 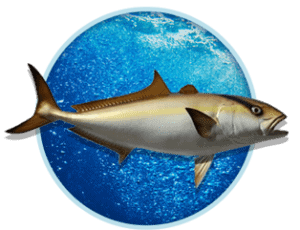 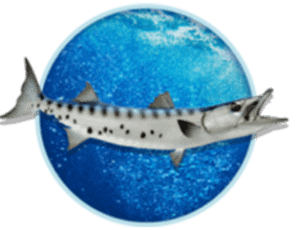 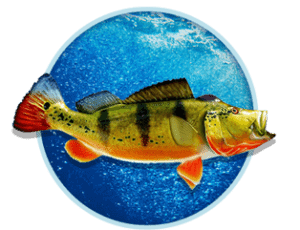 For a long time, tourism in Panama consisted of business hotels in the city and gigantic, big-chain all inclusive resorts in the Bay of Panama an hour away. Such was life for a country that’s main focus was the Panama Canal and the shipping, logistics, and banking industries it required. Fortunately, over the past two decades international tourism in Panama has become more of a focus and that has brought a diverse and exciting selection of new hotels to choose from. Today your choices include exclusive boutique hotels, luxury beach resorts, exotic eco-lodges, and of course some famous all inclusive fishing lodges. As a luxury vacation outfitter, we only work with the nicest 3, 4, and 5-star properties that meet our expectations for quality, reliability, and service. Being local experts, we have personally visited every single property we represent so we’ll use our personal experience to hand pick the perfect fit for your group. 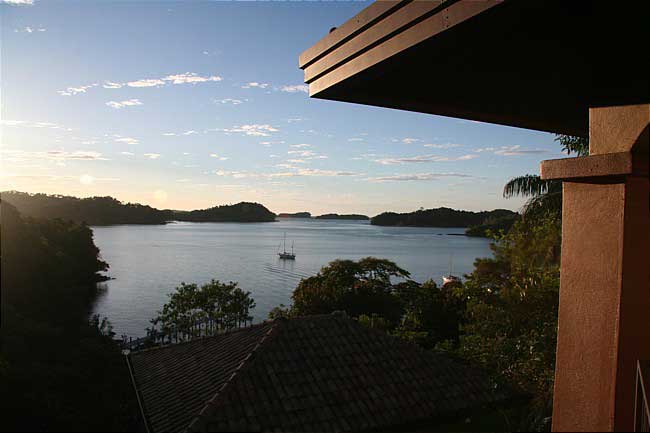 Our Panama fishing packages don’t need to be all fishing, all the time. In addition to world class sport fishing, Panama offers two gorgeous coastlines with hundreds of islands, rain forest, cloud forest, ancient volcanoes, amazing wildlife, and fantastic history including of course the Panama Canal. Whether it’s an off day from fishing or for the non-anglers in your group, there are several great cultural, eco, and adventure tours available. We can also customize your Panama fishing vacation so you spend a few nights in different locations throughout the country so you can see how diverse it is. The list includes:

All Panama Fishing Packages booked with Central America Fishing include the following: