Permit are a shallow water schooling fish found in flats as shallow as one foot deep to reefs and wrecks 100 ft deep. They are found in the western Atlantic Ocean from as far north as Massachusetts to as far south as Brazil. They are most commonly found off the waters of Florida and the Caribbean Islands south to the reefs and flats in Belize. Permit have compressed bodies that make them appear tall and skinny with deep chests. They are silver in color and have brown or grayish colored fins. Most permit display a yellow-orange spot by their anal fin. Permit fish have deeply forked tails, which is often how you spot them when they are feeding on the flats. The all tackle world record is 60 lbs 0 oz caught in Brazil in 2002.

WHAT THEY EAT: Similar to bonefish, permit feed on crabs, shrimp, sea urchins, shellfish and rarely smaller fish. They will root the sandy bottom looking for crustaceans or cruise the shallow flats looking for crabs. Guides and anglers should look for ‘tailing’ fish, permit with their tails sticking out of the water as their heads are down feeding. This is one of the tell-tale signs that they are busy eating and it’s time to get a fly in front of them.

WHERE TO FIND THEM: Permit are found in warm, shallow water throughout the western Atlantic but are most populous from Florida to Central America. Belize is home to some of the best permit fishing in the world thanks to miles and miles of shallow saltwater flats. They are often spotted tailing on sandy bottoms, grassy bottoms or the flats in water less than two feet deep. They can also be found in schools in deeper water around structure like reefs and wrecks.

The vibrant greens, yellows and blues found on the Dorado (aka Mahi-Mahi) make it one of the most recognizable fish in the ocean. In their natural underwater state dorado are bright yellow, but when excited or hunting parts of their bodies seem to be glow a neon blue. After they pass their bodies turn a darker shade of green which makes their color transition more dramatic and rapid than any other fish in the ocean. This transformation has earned dorado the nickname ‘the most colorful fish in the sea.‘

Most dorado that are caught are in the 10-30 lb range, with smaller fish being found in bigger schools. Mature adults can weigh over 50 lbs, with the world record being caught right here in Costa Rica in 1976 with a 87 lb 0 oz monster. Male dorado, referred to as bulls, are the exception among many pelagic species in that they are often bigger than their female counterparts. Bull dorado are also very distinguishable by their blunt, vertical forehead while females are more rounded. 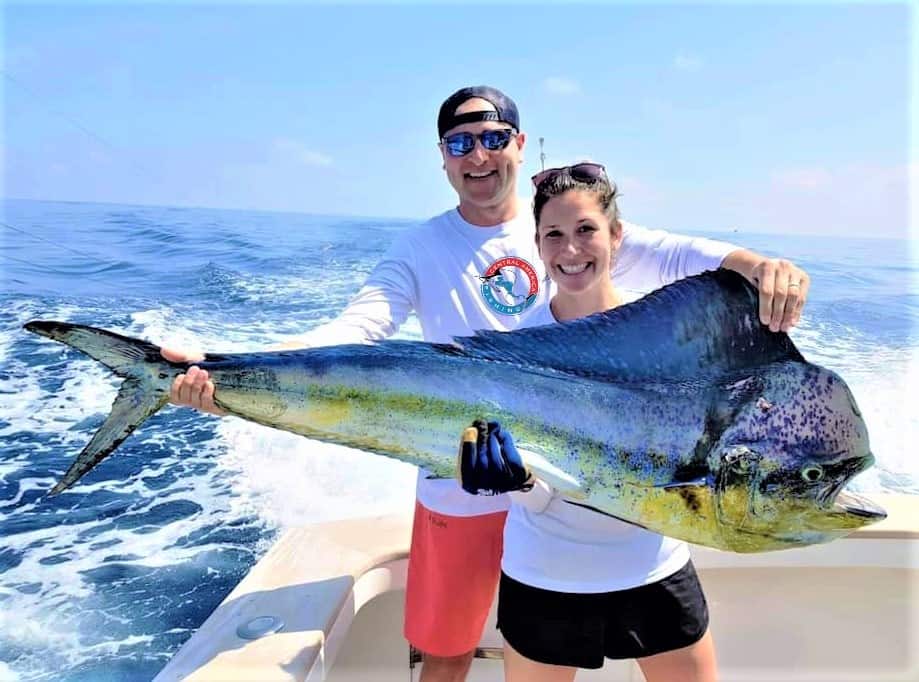 The Diet of a Dorado

Offshore they feed on squid, flying fish, small bonito, mackerel, crabs and many other species of smaller or juvenile fish. One dorado that was gutted here in Costa Rica had over 20 baby sea turtles in it’s stomach! They are opportunistic feeders and will feed in large schools when bait is present.

In Central America, dorado are often caught when trolling ballyhoo for sailfish and marlin. While billfish always come into the spread from behind the baits, often times you’ll see the dorsal fin of a dorado slashing in from the side before one of the reels starts to scream. They’ll hit naked ballyhoo, but seem to be especially fond of Hawaiian skirts. Dorado are much easier to hook on circle hooks than billfish as they typically come into your spread in a frenzy ready to eat while many times billfish will whack your bait with their bills before eating.

Dorado are also commonly found raiding the baitfish found under floating tree trunks or other garbage. When this situation presents itself you can sight cast to the lit up dorado using poppers and stick baits. Some of our favorites are Yo-Zuri mag darters and bull poppers.

Where to Fish For Dorado

Dorado are found all over the globe in tropical and temperate seas, which is why they are so popular and have so many names. Occasionally found inshore near islands and reefs, they are a migratory pelagic species that often live in large schools. Although mature adults will roam the open waters, dorado are notorious for hiding out along currents and trash lines where they use anything from trees to floating garbage as cover. Here in Central America we catch dorado on both oceans and in every country, but the numbers are best in Costa Rica and Panama. 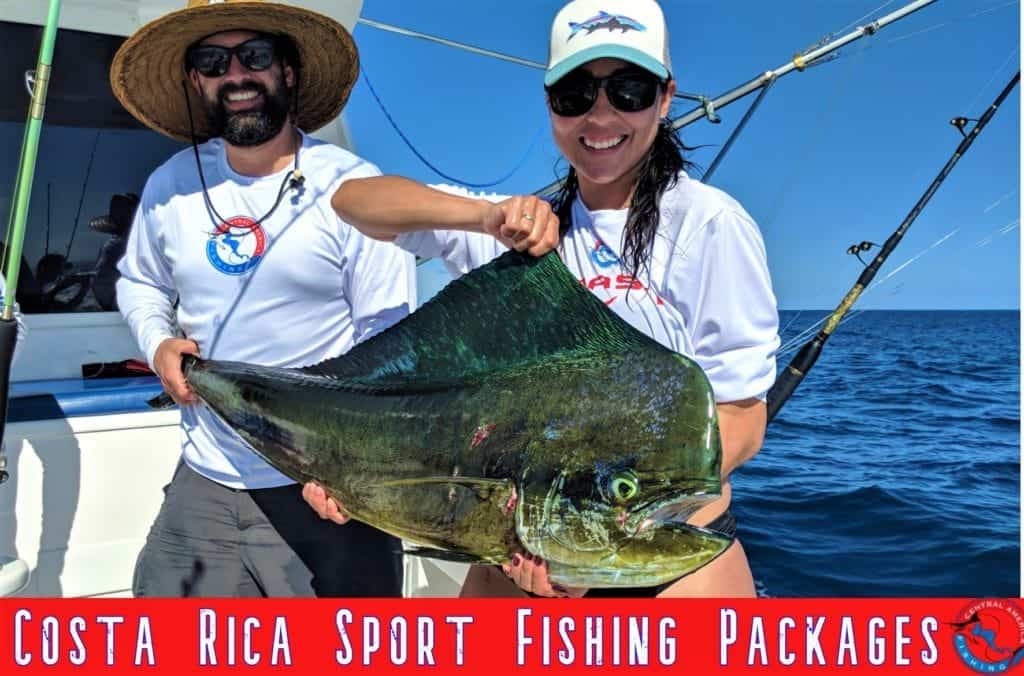 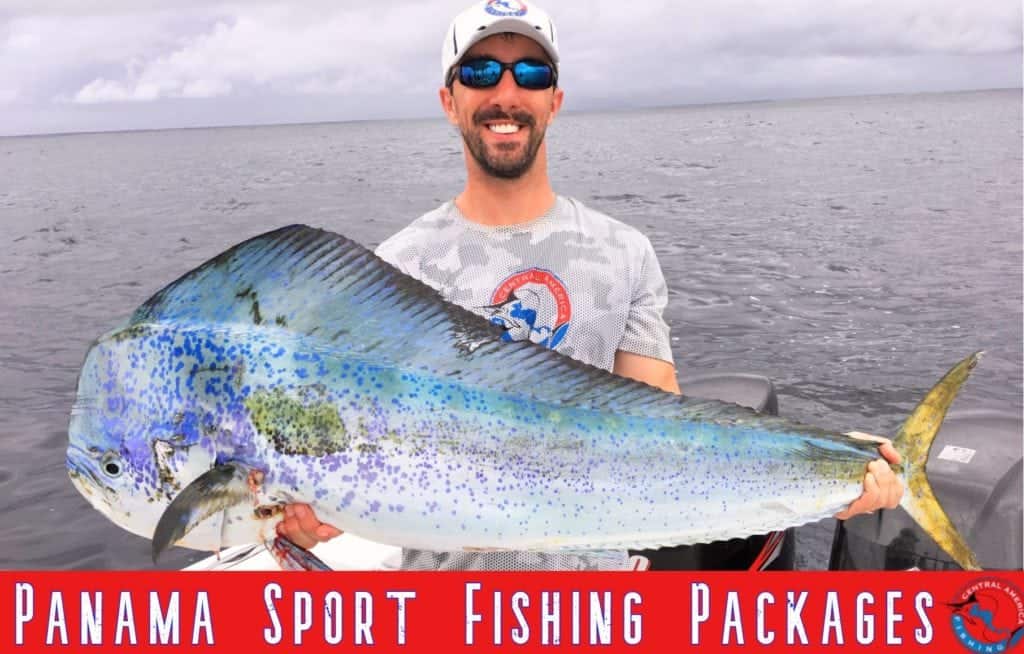