Our Favorite Sport Fish For The Table 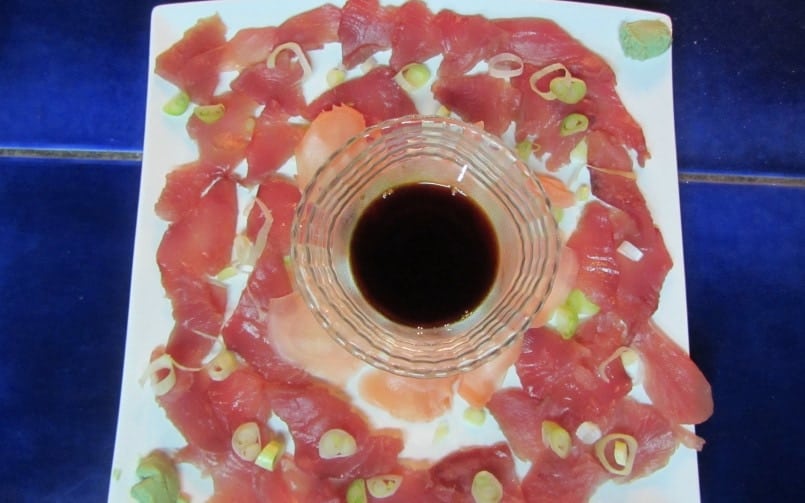 Most of us are proud to say we are responsible anglers who practice catch-and-release on the species we should – those under pressure and those protected by law.  In both Costa Rica and Panama all billfish are strictly catch-and-release by law, and more importantly all responsible captains adhere to it passionately.  Other species like roosterfish and tarpon are so revered for their fighting ability that 95%+ of them are released so they live to fight another day, plus it doesn’t hurt they aren’t generally regarded as good table fare.  But let’s face it, few experiences can beat that of catching a trophy fish and eating it for dinner just a few hours later.  Better yet, some fish like yellow-fin tuna you can eat raw right on the boat mere minutes after boating them.

Sport fishing in Costa Rica and Panama for huge marlin and incredible sailfish numbers grab most of the headlines, but we get plenty of experienced anglers who specifically ask for us “meat trips” – those focused solely on targeting fish to eat and/or bring back home.  Below is a list of our favorite sport fish we’d like to see on the table at the end of a long day under the tropical sun.

This versatile fish can be found on both the Atlantic and Pacific Ocean in fresh water, brackish water, or salt water.  Although there are several different sub-species of snook, they all showcase the prominent black lateral line that is the snook’s calling card.  It’s a favorite for inshore anglers all around the world as it offers big surface strikes on anything from poppers to spoons to flies and once hooked often takes to the air in an effort to throw the hook.  Snook meat is tender and white, which makes it great for dishes like ceviche and will taste delicious pan fried with as little as salt, pepper, and olive oil.

Like snook, snapper (pargo in Spanish) can be found on both coasts and in brackish water, inshore fishing near islands & reefs, or bottom fishing several miles out.  There are countless species of snapper, but they all have one major thing in common – they are tasty.  Red snapper, mutton snapper, mangrove and cubera snapper are the favorites – though fortunately in recent years there is a growing movement to practice catch-and-release on cubera snapper since they have a very slow growth rate and are such a prized inshore species.  As for the rest of them, as they say in Costa Rica – ‘buen provecho!’  Snapper can be cooked many different ways, some of our favorites are using a cajun rub as well as the classic garlic & lime combo, and if you are on the Caribbean Coast try it grilled.  If you are going to order a whole fried fish, you can bet the chances are good it will be a snapper.

Grouper offers some of the most tender white meat you can find on a fish.  Grouper sandwiches are famous in Florida because they can be flavored so many different ways, while here in Costa Rica they are often served blackened or fried.  Grouper is one of our favorite fish to use for ceviche with it’s tender meat mixing beautifully with the vegetables and juices.  Giant goliath grouper can still caught on the reef in Belize, and although extremely rare from time to time along Costa Rica’s Caribbean Coast as well.  Many of the grouper caught along Costa Rica and Panama’s Pacific Coast are caught bottom fishing at offshore reefs and tend to be smaller species like broomtail grouper.  They all tend to behave the same way – once they engulf your bait they’ll head straight back to their hole in the rocks and dig in so you better be ready to push up on the drag and start pulling when you feel the first bite!

Dorado, or mahi-mahi, are one of the most iconic sport fish in the world.  Their beautiful colors, acrobatic fights, and

tasty meat make it a favorite for anglers everywhere.  Dorado are a fast growing and plentiful fish, reaching maturity in just a few years, so they are one of the most common fish to fill up the ice chest on boats.  They also make the cut as one of the few fish that you can eat raw on the boat as sashimi with a little bit of soy sauce.  Back on land, dorado is often cooked blackened, grilled, or ‘al ajillo‘ with garlic, butter, and lime.  We also like to use dorado in ceviche since we often have a lot left over and it’s easy to freeze.

Ah yes, the ever elusive and frustrating wahoo.  The wahoo is blessed with incredible speed and razor sharp teeth, which is fortunate because that combo helps it avoid the gaffs of countless hungry anglers every day.  The pink-white meat of a wahoo is some of the tastiest you’ll ever try, if you are lucky enough to land one first.  Wahoo are found in tropical oceans all over the world and can be caught all year round, but in Costa Rica and Panama they seem to be most plentiful in our green season of May-September.  Our favorite way to each wahoo is in steaks, or chuletas, and then they can be seasoned and cooked just about any way you like.  We’d tell you our secret recipe, but then it wouldn’t be a secret…. meat is coveted all over the world, be it blue-fin, yellow-fin, or big-eye tuna.  This rich, red meat holds a natural taste unrivaled by any other fish in the ocean.  There is a reason tuna is the most common fish used in sushi, and us anglers like to take it a up a notch and eat it raw on the boat with nothing but soy sauce and wasabi in sashimi form.  If you’ve ever been to any high end seafood restaurant you’ve certainly seen tuna steaks or ‘something-crusted‘ tuna on the menu, probably north of $20 per plate too.  If you are lucky enough to land one of the giant cows while tuna fishing in Panama you and your mates will have dinner for the week.  Tuna is a true delicacy and one of the most prized catches for the entire boat.  Don’t believe us?  Next time you are out fishing watch the crews’ reaction when you hook a dorado versus a yellow-fin tuna.  The only knock on tuna meat is that is doesn’t freeze well, but as tasty as it is why would you procrastinate in finishing it all off anyway?