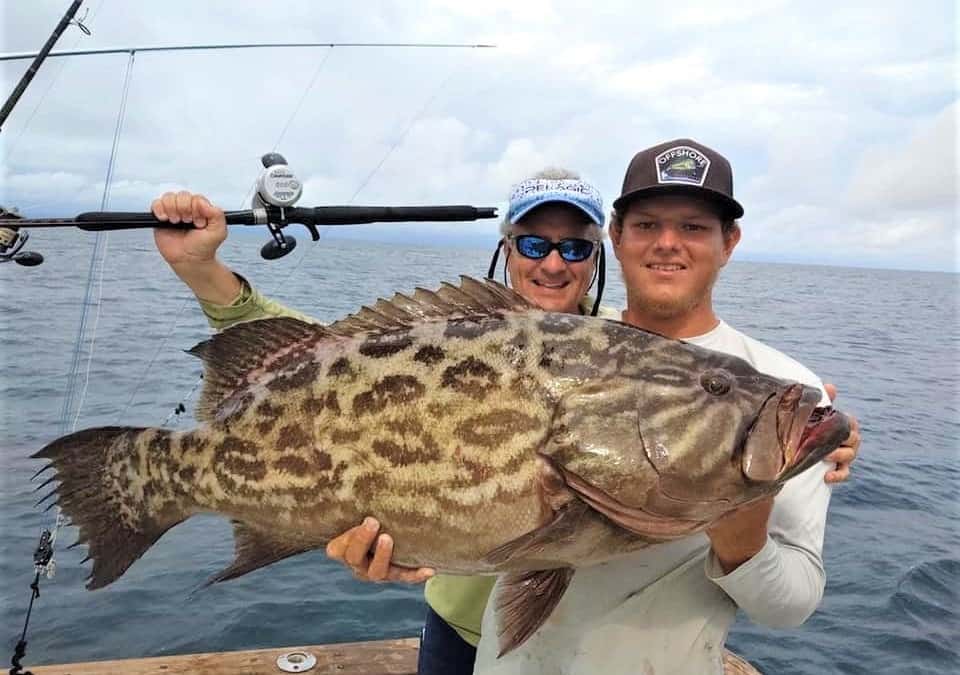 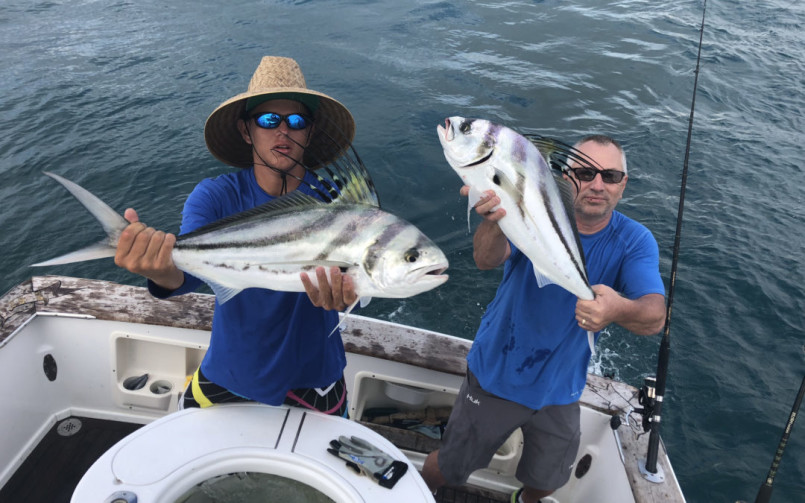 This time of year the offshore fishing reports and billfish tournaments get all the headlines, but there are plenty of anglers who aren’t interested in deep sea trolling all day and prefer inshore fishing instead.  Popping, jigging, casting rapalas, and slow trolling live bait is how they prefer to fish and we have specific captains and boats to accommodate that.  The surface appeal of inshore fishing is that you’ll catch a variety of fish and have good action all day long, but deep down it seems that everyone wants one thing – roosterfish. Fortunately Costa Rica is one of the best places in the world for inshore fishing and with a fairly strict ‘catch-and-release’ policy on all roosterfish there are plenty to be had.  By our count we put 24 different Central America Fishing anglers on roosterfish in January, many of them their first ever, so it was another banner month inshore fishing in Costa Rica. Below is our full Costa Rica Inshore Fishing Report – Jan 2018.

Costa Rica inshore fishing this month varied from being good to great, but as always there was at least some action from start to finish.  The normal live bait, blue runners and look downs, were hard to find this month so sardines were the go to most days.  Since they won’t survive overnight in livewells they can’t be bought in the morning or held over from the day before, so most of our inshore boats in Quepos spent the first 1-2 hours of their charters making bait.  After loading up with 20-30 sardines the fishing would start, and while not the toughest bait in the world they sure do elicit bites from the various inshore predators. 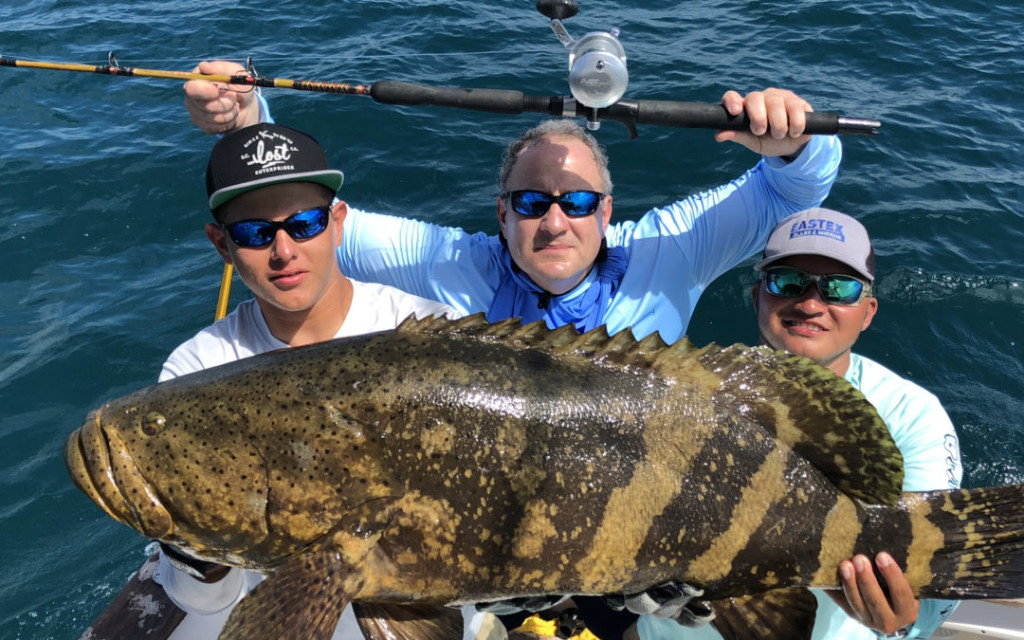 Many of the roosters this month were small weighing under 15 lbs, but there were certainly several 30-50 lb trophies as well. While some days would only produce a couple roosters, other days of 10+ bites and several of our anglers completed double hook ups.  Many anglers were able to experience a true dream by catching a rooster on a popper. In addition to tons of roosterfish this month we also saw a lot of jack crevalles, horse-eye jacks, mackerel, needlefish, and a variety snapper.  The Pacific snook have been few and far between so far, but there have a been a few rare appearances by tripletail, a pompano, a surprising amount of big barracuda and one of the largest milkfish I’ve ever seen in Costa Rica.  Bottom fishing we’ve seen a few mullet snapper in the last week, snowy grouper, broomtail grouper, cubera snapper and one trophy goliath grouper caught by CAF angler Mike from New York.  Below are some of the best single days reported in this January 2018 Costa Rica inshore fishing report: 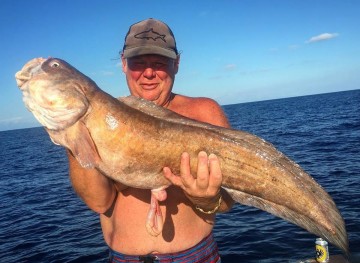 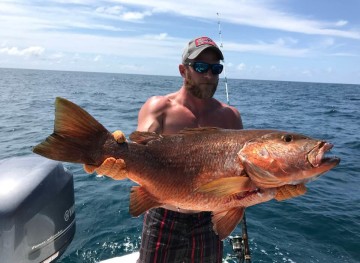 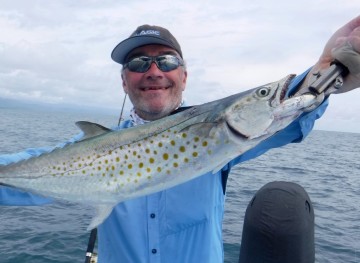 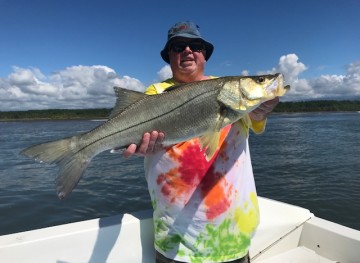 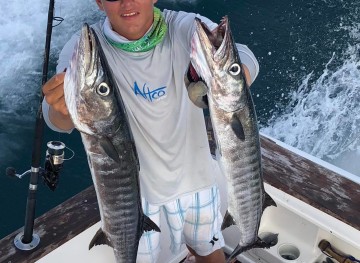 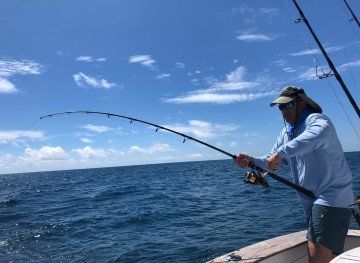 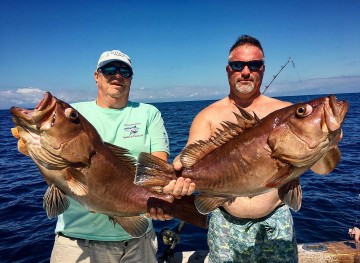 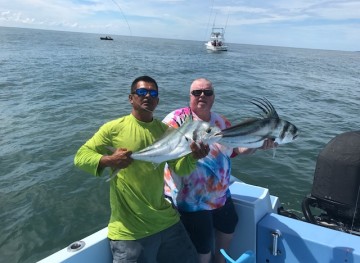 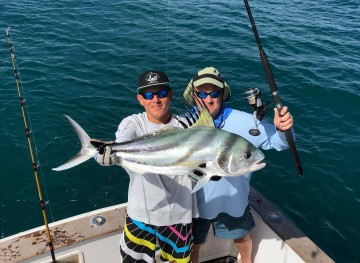 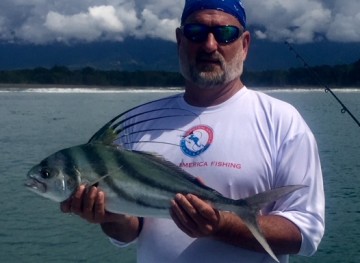 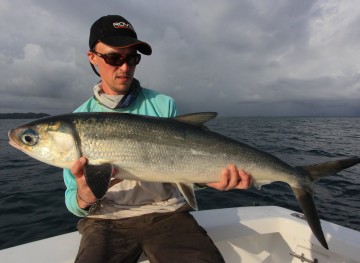 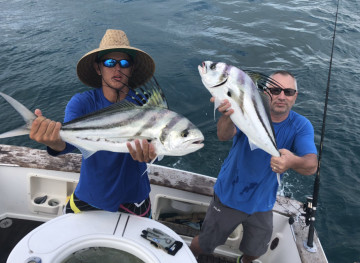 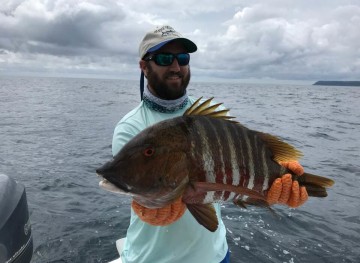 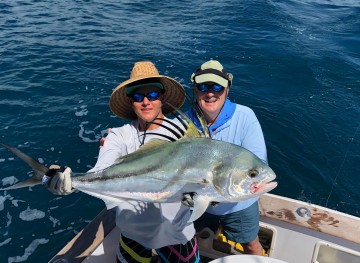 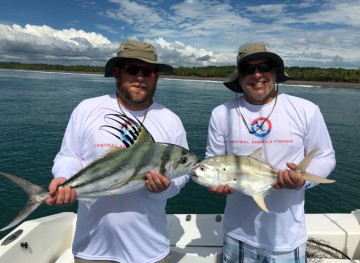