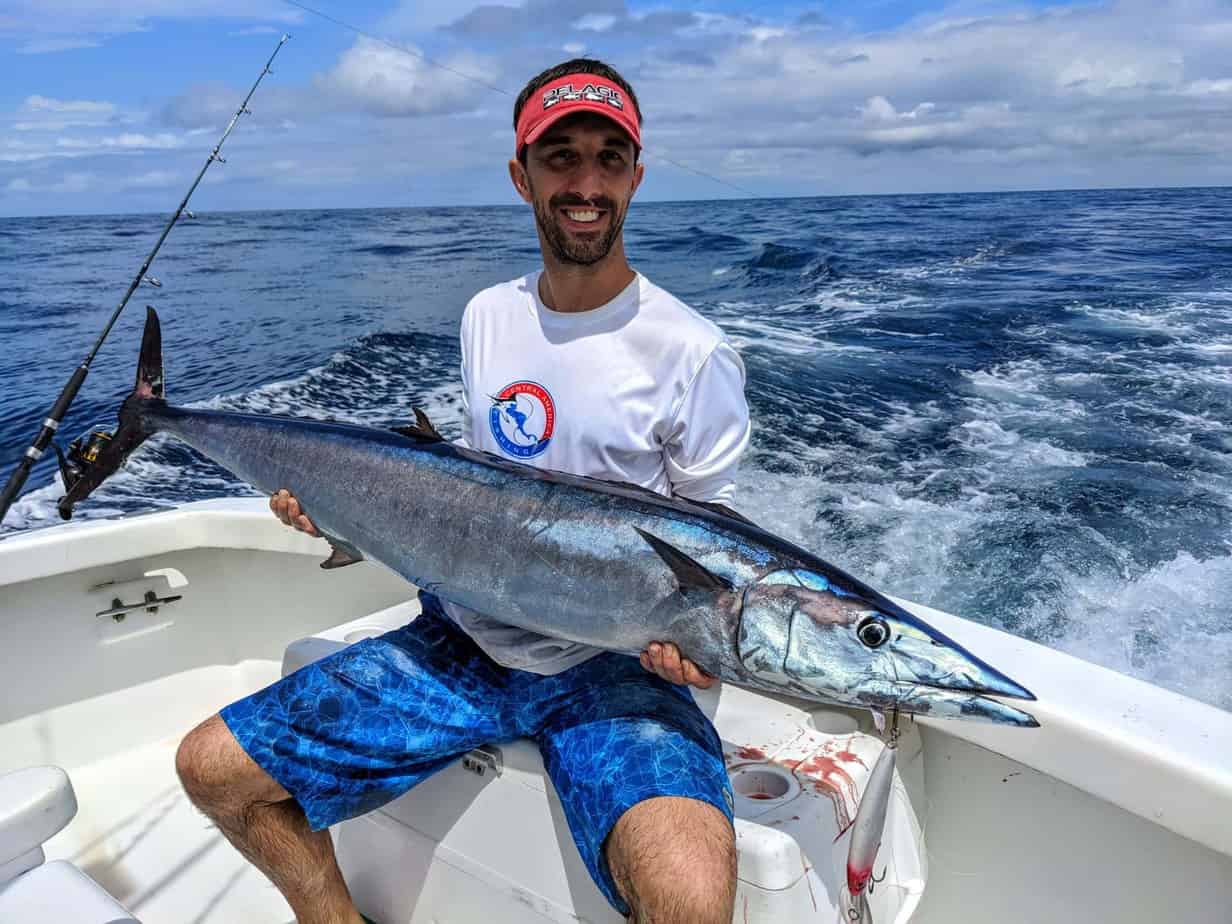 As I write this latest Costa Rica fishing report, I realize that I’m doing so in a unique moment in time. Somehow STILL stuck in the middle of the COVID-19 pandemic, we are literally living through history at the moment not knowing when this ends, how it ends, or sadly what picture the final worldwide statistics will paint of the lost year that is 2020.  Since mid-March, countries around the world have shut their borders to control the spread of the virus and at the same time completely shut down international tourism on a scale like we’ve never seen before and hopefully never will again. Here in Costa Rica boats weren’t even allowed to go out and fish – even if you owned it and were fishing alone – until May. While we certainly miss our international anglers, it didn’t take long for us locals to hit the water and figure out there was truly a historically epic sailfish bite happening. Read on for our Costa Rica Fishing Report – May, June, July 2020 and get caught up on how the fishing has been during the coronavirus quarantine.

Costa Rica has taken a very conservative approach to containing the spread of the coronavirus, and in general the public has been on board with it. Masks are mandatory in public spaces, you are only allowed to drive five days a week and not past 5 PM, and hotels and restaurants are only allowed to operate at 50% capacity (if they aren’t shut down completely by full lockdowns). As that relates to our sport fishing industry, boats weren’t allowed to fish until May and with borders still shut the only ones able to wet a line were locals and the boat owners themselves. Obviously not having any paying clients since mid-March was a blow for the sport fishing industry here as slip fees at the marinas, taxes and licenses, and crews’ salaries remained in place.  Having lived here for 15 years, visiting the Los Suenos Marina on a hot and sunny day and seeing the entire charter fleet tied up certainly gave me an eerie feeling.

A beautiful sunny day in July and all the boats at the Los Sueños Marina are tied up thanks to COVID-19 and borders being shut.

Many of the charter boats began to offer deeply discounted rates to attract whatever locals they could find, and those that did were rewarded with incredible fishing reports. In May there was the usual mixed bag as expected for that time of year with tuna, wahoo, and dorado numbers picking up and a few billfish released every day.  Once June rolled around however all bets were off and the sailfish bite went absolutely bonkers. I’m not saying it was “good numbers for the low season”, in June and July we saw sailfish in numbers like we haven’t seen in years no matter what month you compare it to.  There weren’t many boats out there, but the ones that did head offshore from the Los Suenos Marina or Quepos were routinely seeing 30-40 sailfish each day. Some boats even saw as many as 60, and two different days we heard of boats that got 99 bites! As you can see in the daily report below, there weren’t boats fishing every single day like in the pre-coronavirus days but we still had plenty of amazing reports to share:

The sailfish numbers above are just more proof that Costa Rica never really has an off season, the fishing is great here 12 months a year. One really interesting aspect of this Costa Rica Fishing Report – May, June, July 2020 is that on many of these days the boats were out looking for meatfish – tuna, dorado, or bottom fish – NOT exclusively sailfish. Many of these boats have fished just once or twice since March, if at all, so the border closings and coronavirus quarantines not only took away their tourism jobs but also the fresh fish they usually count on to supplement food in the house. There were lots of tuna around and the bottom fishing almost always produces in the summer months, but many of these sailfish numbers were accomplished in just 3-4 hours of billfishing. We are all starting to wonder if this 5-month break (so far…) will have a positive impact on the fish numbers, and if this summer is any sort of indicator I can’t wait for peak season 2021!