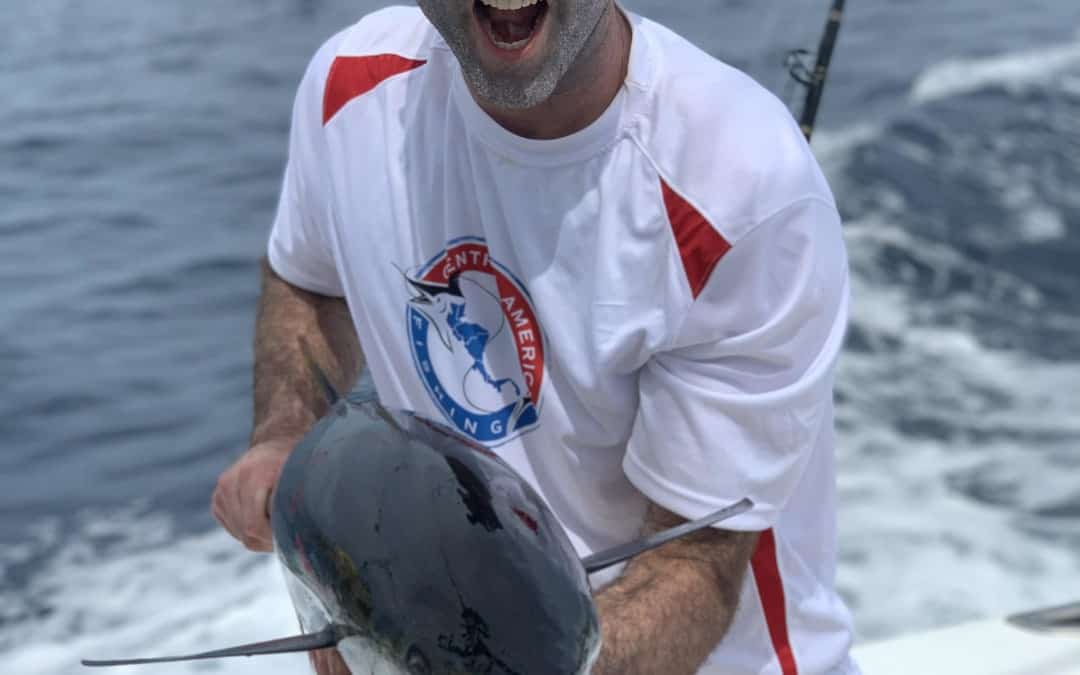 The summer of 2019 proved, yet again, that the great sport fishing in Costa Rica knows no bounds.  We talk to anglers every year and try to tell them that there is absolutely nothing to worry about coming down to fish during Costa Rica’s “rainy season”.  I think people envision 24/7 monsoons, 8 ft seas, and catching only needlefish on a full day charter.  The reality of the situation is the weather is fantastic (assuming a 2-3 hr afternoon rain shower doesn’t ruin your day) and the fishing is wide open. Last month the argument could be made that the fishing was every bit as good as it was during our peak billfish season!  Read on for our Costa Rica Fishing Report – June 2019.

Costa Rica’s traditional peak billfish season is December through April, and considering that is our dry season weather those are the months in most demand.  For some reason people have always assumed that if you fish outside of the peak season that must automatically mean the fishing isn’t good, but year after year our fishing reports (and happy anglers of course!) prove that to be untrue.  While the summer months may not offer as many sailfish bites as the peak season, it’s our peak variety season offshore and peak season for bottom fishing so if you like to fill your coolers with fresh fish that’s the time to be here.

June 2019 started off as most June’s do: lots of yellow-fin tuna and dorado offshore and a near guarantee that you’ll get attention from grouper and snapper if you drop down for some bottom fishing.  Mid-month however everything changed and the billfish bite absolutely exploded.  The bite was especially good out of the Los Suenos Resort & Marina where several boats reported double digit bites, including a 20 sailfish day from the gorgeous 50′ Maverick Yacht ‘Open Fly’, but there were great reports from the Osa Peninsula all the way up to Guanacaste.  June is usually a great month for marlin, so much so that we call it our “second season”, but last month it was all about the sailfish bite which was as good, if not better, than what we saw during our peak season months.  Needless to say, when you combine all that tasty meatfish with an incredible summer billfish bite we had several happy anglers convinced that they beat the system by avoiding high season rates & crowds.  Below is our day-by-day Costa Rica Fishing Report – June 2019.