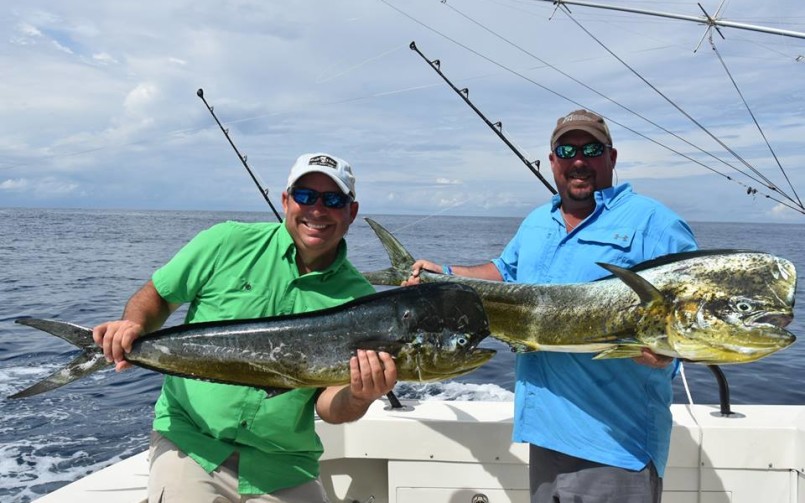 The internet is an amazing place – it gives us so much information, so quickly, on just about any subject imaginable. The problem is when so much of the information on one particular topic is out of date, or simply incorrect, people start to believe it and misconceptions are formed. In this case we are talking about sport fishing in Costa Rica and the best time of year to fish here. Too many people hear and read that Costa Rica’s peak fishing season is from December through April and that the rainy season starts in May and they incorrectly come to the conclusion that the fishing must be bad the other seven months of the year. That of course couldn’t be farther from the truth, and there are scores of happy anglers who fished Costa Rica last month who would vouch for that. Read on for our Costa Rica Fishing Report – June 2018.

It’s true that Costa Rica’s peak billfish season runs from December through April, but that doesn’t mean the fishing shuts down come May. May through November are what we like to call the peak variety season offshore or the peak ‘meatfish season’ as it’s the best time of year for yellow-fin tuna, dorado, and wahoo offshore as well as bottom fishing for snappers & groupers. As anglers experienced last month, there are still plenty of sailfish out there and June-August is what we like to call our ‘second season’ for marlin as blues and blacks return to the area with all the bait around.

Fishing last month saw three different phases. The first third of the month featured a few tuna & sailfish, dorado most days, and plenty of wahoo. There was a slight dip in action around the dark moon phase, then the middle third of the month saw the sailfish numbers explode to the point that it was every bit as good as the best week in our tradition peak season with multiple boats raising double digit fish. The month ended with sailfish numbers coming back down to normal but seeing the yellow-fin tuna, and not by coincidence, the blue marlin numbers ratchet back up. A few days boats fishing from Guanacaste caught over 25 yellow-fin tunas so they released most of them. Below is your Costa Rica Fishing Report – June 2018 :

This time of year is also the best time to go marlin fishing out at the FADs, or seamounts. Thanks to all the dorado, bonito, and yellow-fin tuna around some of our top boats have come back with some epic fishing reports from the FADs. If you want to experience the best marlin fishing in the world give us a call!