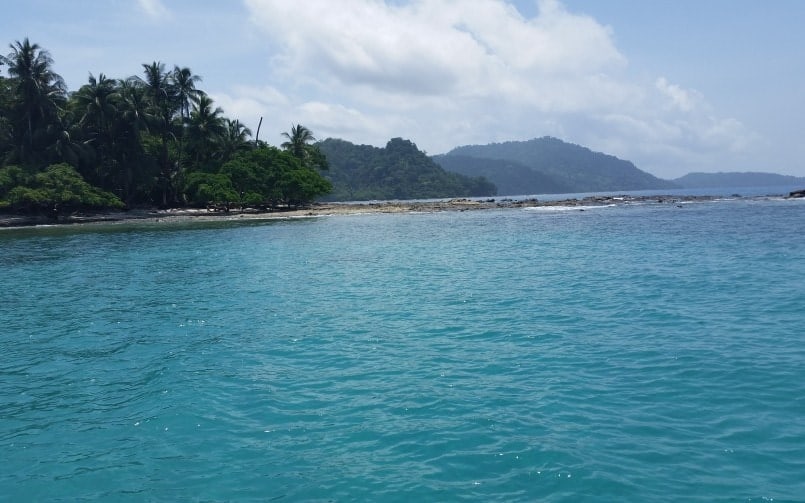 Coiba Island in Panama is one of the country’s great national treasures. While the Panama Canal, with good reason, receives more attention and famous fishing hot spots like the Hannibal Bank and Zane Grey Reef are lusted after, Coiba Island somehow continues to be largely overlooked.  That seems to be in line with the island’s history, which when viewed with perfect hindsight in 2015 isn’t necessarily a bad thing.

Geographically speaking, Isla Coiba is a juggernaut.  It is not only the largest island in Panama at 194 sq miles (124,320 acres), but in all of Central America as well.  Believed to have been separated from the Panamanian mainland 12,000-15,000 years ago with rising sea levels it’s closest point is thirty miles from shore.  The center of the island has peaks and hills with the highest point reaching 1,400 ft above sea level.  With it’s immense size Isla Coiba also boasts waterfalls and numerous rivers that empty into the sea.  It is actually part of the same underwater mountain ridge as the more popular Galapagos Islands, made famous of course by Charles Darwin, and the wildlife here is no less impressive.

The name “Isla Coiba” will illicit very different responses depending on who you ask.  If you ask many modern day Panamanian adults they will at best know very little about it or more likely, shrink away from the topic knowing the island’s dark and violent modern history.  That history of course refers to the infamous Coiba Island penal colony, which from 1919 to 2004 was Panama’s most feared prison.  The baddest of the bad, not to mention political prisoners and rivals under the Omar Torrijos and Manuel Noriega dictatorships, were exiled here and forced to live in the islands’ thirty prisoner camps.  Prisoners here earned the nickname “Los Desaparecidos”, the disappeared ones, as many of them were never heard from or seen again.  There are many stories of abuse, torture, and even gruesome if not creative ways to dispatch of unwanted or unpopular guests on the island.  It is said that no one ever escaped the island, which is easy to believe considering it is thirty miles from land and it boasts and impressive population of BIG bull sharks, tiger sharks, and yes even crocodiles.  For 85 years Coiba Island was the last place you’d want to be, and for thousands the last thing they did see. The penitentiary at Isla Coiba…

That changed in 2004 when the island was formally shut down and all prisoners were relocated to other more modern facilities on the mainland.  In an ironic twist of fate, the island’s dark history helped it to become the beacon of natural beauty and national pride that is today.  Due to it’s remote location and imposing reputation, 80% of the island remained undeveloped and completely untouched by man.  That let wildlife flourish, and today Isla Coiba is home to 36 mammal species, 30 species of bats, 147 bird species, and 760 fish species including 33 different types of shark.  It is also an important nesting site for hawksbill, olive, loggerhead, and the giant leatherback sea turtles.  Even more impressive is that 21 species of birds are endemic to Isla Coiba and scientists are literally finding new species both on land and under water every year.  Fortunately this dark moment in Panama’s history has a silver lining as it was named a national park in 1992 and in 2005 was named a UNESCO World Heritage Site.  That Coiba Island National Park consists of 38 islands in total, Coiba Island of course the largest and the main attraction, and covers an area of 270,125 hectares.

As far as fishing goes, sport fishing at Coiba Island is actually allowed but it is heavily monitored and is strictly catch and release – even if you catch table far.  Among the 760 species of fish reside 40 species of game fish including black and blue marlin, sailfish, dorado, wahoo, and of course yellow-fin tuna.  Closer to the various islands you can also find popular inshore species like snapper, grouper, jacks, small sharks, barracuda, hound fish, mackerel, and of course everyone’s favorite – roosterfish.  Coiba Isalnd is so exotic that tarpon native to the Caribbean Sea have made their way through the canal and established a permanent home here.  As Coiba Island is 30 miles from shore and another 20 miles long, some of it’s best fishing spots can be 50-60 miles from the mainland where many charter boats leave from.  This again is a blessing in disguise because if you are able to make it out here you’ll be rewarded with some of the best sport fishing in the world that has seen very little outside pressure from man.