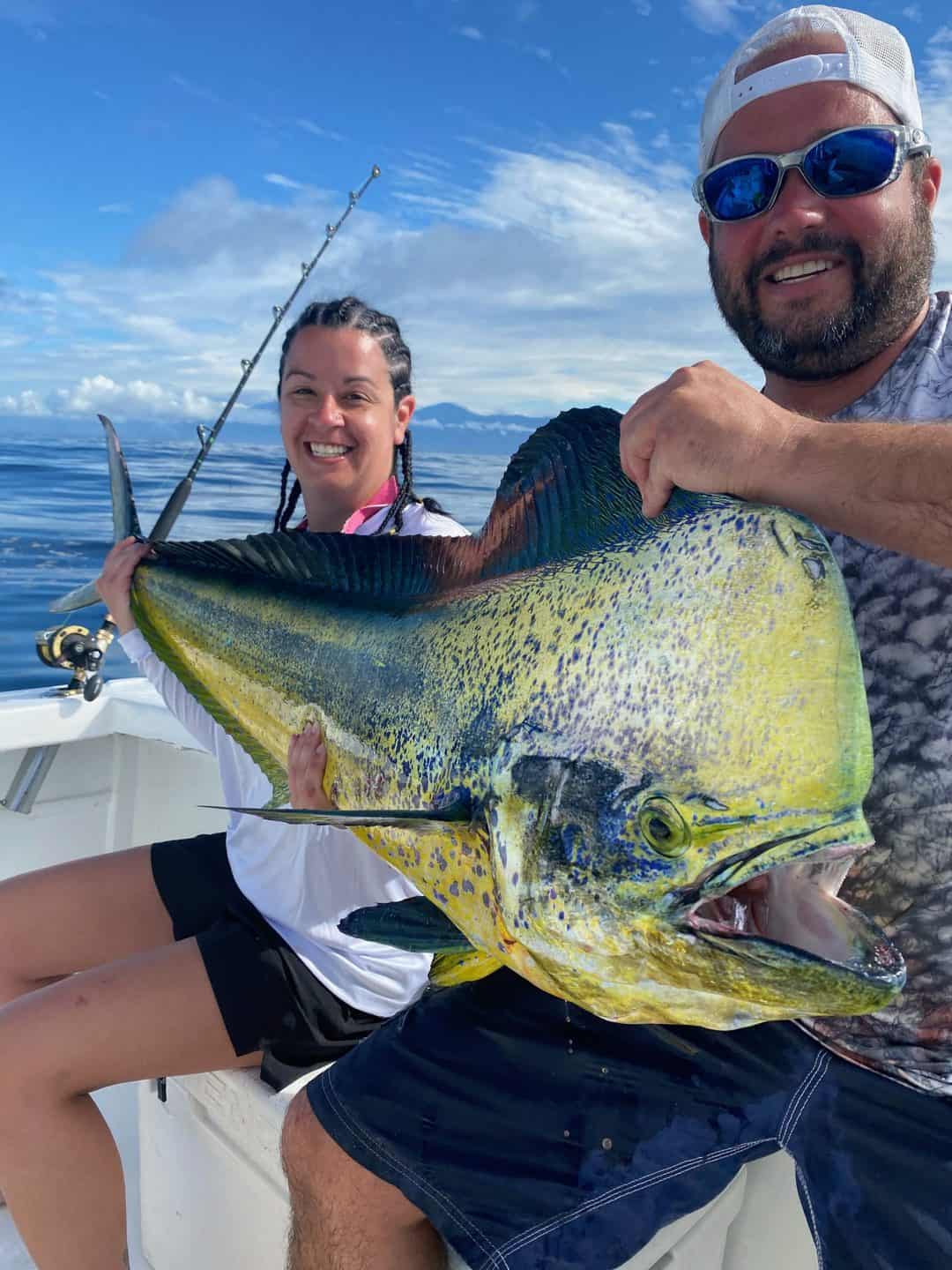 It’s not often that offshore sport fishing and seasonal weather patterns are the calming influences one looks to for stability in life, but not every year is 2020!  In a year filled with social unrest, a heated presidential election, economic turmoil, worldwide border closings, and of course the worst pandemic in the past century, the return of the dry season and peak billfish season served that purpose. Costa Rica reopened it’s borders to the world on November 1, 2020 and it didn’t take long for anglers to return. While the numbers of boats fishing was noticeably lower than normal years, it felt great to read fishing reports at the end of the day and host anglers again. Below is our Costa Rica Fishing Report – December 2020 and what we hope is a return to normalcy in 2021!

November is the month where Costa Rica transitions from the green season back into the next dry season.  Some years are hot and dry and feel like an extra month of the dry season, while others are stormy and wet and it feels like the rainy season will never end. The Category 4 Hurricane Eta crushed Central America the first week of the month just as borders reopened as if to remind everyone that this is still the year 2020.  It made landfall in Nicaragua, but the soggy side effects were felt here in Costa Rica with five straight days of nonstop rain, flooding, and landslides throughout the country.

After that in auspicious start to the month, the weather and offshore fishing was actually pretty much by the book!  The fishing in Guanacaste is best from May through November, then in December the strong seasonal winds pick up the fishing bit moves south to Central and Southern Costa Rica.  Our top boats like the Gamefisher II and Wet Ass II out of Playa Flamingo enjoyed several 10+ sailfish days, as well a steady dose of football sized tuna most days.

As the month progressed, the bite moved south and really picked up along the Central Pacific region of Costa Rica by our famous hot spots of Quepos and Los Suenos. While November traditionally kicks off the next year’s peak season, the sailfish bite doesn’t usually pick up until late December or January most years.  The trade off is that November is arguably the best month of the year to catch big, adult dorado as well as striped marlin here in Costa Rica.  Since the new purse seiner laws went into affect in 2017, the yellowfin tuna bite in Costa Rica has seemed to improve each and every year and what used to be a rare sight is now almost a daily occurrence.  Boats fishing from the Marina Pez Vela in Quepos and the Los Suenos Marina enjoyed daily dorado and tuna action with plenty of striped marlin and a handful of sailfish sprinkled in most days.

Once the calendar turned to December, right on cue the sailfish numbers increased and the blue marlin started to show up.  The first week of the month picked up where November left off with plenty of dorado and tuna offshore, including several 50″+ dorado.  Our good buddy Benn, who owns one of the most popular charter boats in Quepos, had a day where he went 4 for 5 on blue marlin. Unfortunately the bite took a bit of a breather mid-month as things slowed down to just a couple of billfish each day, but many outings were saved if the captains were able to located the school of yellowfin tuna that was about 40 miles out from the Los Sueños Marina.  Once again as if on cue, right as the holiday crowds descended on Costa Rica the bite picked back up and we had four different boats complete Grand Slams in the final week of the month. The sailfish bite was steadily increasing as well as boats were reporting 10+ bites a day to end the year.

To end our Costa Rica Fishing Report – December 2020 below you’ll find a collection of the daily reports from some of our favorite boats. We understand that fishing in Costa Rica in 2021 may not be possible for some of you, but for those that are willing and able it looks like the 2021 season will be a great one after an 8-month shutdown with no fishing pressure!