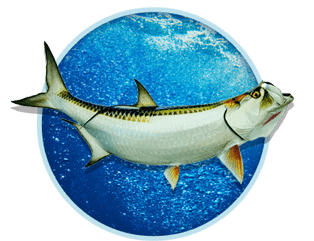 So you’re coming to Costa Rica because you have tarpon on your bucket list, or perhaps you’ve caught baby tarpon fishing the flats in Belize or the Keys but have never caught a real monster silver king.  Or maybe you’ve caught so many sailfish and marlin in your life that you want to try your hand at a new game fish.  No matter what your motivation is there are a few important things to know before your next Costa Rica tarpon fishing vacation.

Costa Rica is such a  diverse country that it boasts multiple different climate zones despite being just the size of West Virginia.  What the weather is doing in the capital city of San  Jose in the Central Valley can be completely different than what is happening in the mountains.  The country is only about 100 miles wide on average, yet the weather patterns on the Pacific Coast could not be more different than what we see on the Caribbean Coast. Months that can produce double digit billfish releases in the Pacific can bring nothing but rain and rough seas in the Caribbean, meanwhile the wettest months on the Pacific Coast are the driest and calmest months on the Caribbean Coast.

The tarpon found on Costa Rica’s Caribbean Coast are not migratory like you see in Belize or Florida, the issue is whether or not you can get out to fish for them.  If the sea is too rough you won’t be able to get out of the river mouth into the open ocean where the tarpon fishing is best.  As all teh hotels and tarpon lodges are located in the calmer canal side of the Caribbean Coast, not the open ocean side, that crossing of the river mouth is mandatory no matter where you stay.  There are typically two main tarpon seasons, January through May and then again September to early November.  The months of December and January tend to feature storms, wind, rain, and very rough seas while June to August tend to be the wettest months of the year along the Caribbean Coast.  No matter how good the bite is it never fun to be out fishing in those conditions.  If you stick to the other seven months of the year you’ll increase your chances at favorable sea conditions. Tarpon are found all up and down the Caribbean Coast as well as in the fresh water system of rivers and lagoons at the Cano Negro Reserve, located 80 miles inland in the northern Costa Rica.  The tarpon found in Cano Negro are believed to be there for spawning purposes as the freshwater lagoons and rivers offer more protection and fewer predators than the open ocean would to juvenile tarpon.  So while they can be fished for in many places throughout Costa Rica, if you want monster tarpon without doubt you need to head to the northeast Caribbean corner of the country.  This region of the country made up almost entirely of the 400,000 acre Barra de Colorado Nature Reserve, which includes the Tortuguero National Park.  Untouched primary rain forest, fresh water rivers and canals, brackish river mouths with strong tides, and a gorgeous coastline provide pristine habitat to grow, and hold, monster tarpon.  It’s here where you will find the country’s top tarpon fishing lodges as well as great eco-lodges and boutique hotels in Tortuguero.

Tarpon are voracious feeders and can live in salt water or fresh water, so as you might expect their diet is quite varied.  In Costa Rica tarpon will feed on anything from shrimp to baby sea turtles to sardines, you just have to see what they are feeding on and adjust accordingly.  A tried and true method is jigging for tarpon in the open ocean with a 1/0 or 2/0 sized hook.  Bucktail jigs with bright colors like red, yellow, and pink seem to work well when mixed in with blacks and purples.  With shrimp being one of their favorite meals jigging is never a bad option if you can get offshore.  Tarpon are also landed when trolling rigged baits like ballyhoo or mullet.  If you are lucky enough to see the Caribbean look like glass you can often see tarpon rolling, and that’s when you can sight cast to them with poppers, crank baits, or artificial baits like crabs or even sea turtles.  On the other hand if you have bad luck and aren’t able to get out of the river mouth another classic Costa Rican method is to anchor in the river mouth and cast out big rapalas or Yo-Zuris.  Last but not least, for the brave and the patient, fly fishing.  Blind casting can be long and tedious, but also produce some fanastic explosions at the surface – especially in the back water canals.  If you get a beautiful Caribbean day and can see the tarpon rolling yours odds increase, slightly…  Crab and turtle flies, as well as big streamers like the famous ‘Black Death’ are all good choices, but landing a tarpon on the fly is something any angler would consider an accomplishment.

No matter your approach, actually landing a tarpon is much easier said than done.  They have large underslung lower jaws and inhale their food in a large slurping motion.  Despite the fact you might have a 100 lb fish eating your bait, its easy to miss the subtle tug on your line.  Once you think you have a hungry tarpon on the tip of your hook, it’s time to set it and set it hard.  Tarpon don’t have teeth but rather tough, bony jaws that are rock hard and feel like sand paper.  If the hook isn’t set there’s a good chance it’ll pop out on the first leap.  Oh how they leap.  One of the best parts of tarpon fishing is seeing them launch themselves into the air – sometimes six or seven feet out of the water!  It’s doesn’t end there however, with their sharp gill plates they have been known to cut right through the line as they thrash their heads from side to side trying to throw your hook.  It’s here where “bowing to the king” comes into play – lowering your rod to the water when the tarpon jumps to provide a bit of slack in the line so the hook isn’t ripped out and the line stays out of reach of those gill plates.